We teach the skills of improvised theatre not just to actors and actresses, but to the business community, and to the wider general public. People from all walks of life have learnt how to be more creative, more spontaneous, communicate more effectively, and to just have more fun.

With over twenty years of experience performing improvised musicals, improvised plays and ‘Whose Line Is It Anyway’ type games shows, we are not only experts in using the principles of impro on stage but ALSO the possibilities it creates in everyday life.

All our facilitators are well rounded professionals with experience beyond the performing arts. In fact most started elsewhere, before becoming drawn into the world of impro – only one member of our staff started out by getting a drama degree first. With diverse education and work related bases, we can make a connection with everyone.

Team and self-development can be challenging, but we are experts in establishing a warm and positive training environment allowing people to step out of their comfort zone and try out some new skills and new ways of behaving.

Dave has a particular interest in Applied Improvisation, that is, the application of improv beyond the theatre. Since discovering that improv had the positive side effect of reducing his own anxiety, he’s noticed how it can build confidence, resilience, communication and other life skills in participants. As such, he is an active member of The Applied Improvisation Network.

He is also the improvisation tutor at University of West London & the Court Theatre Training Company, and teaches workshops at the Actors Centre & The Giles Foreman Centre for Acting.

Dave began performing with London TheatreSports and Scared Scriptless in the 1990s, launched Sprout Ideas in 2000, and added writing and direction to his CV shortly after. He has directed shows by Chris McCausland, Carey Marx, Felix Dexter and Phil Nichol, the last of which was nominated for the Perrier award. He also writes and directs for “Modern Horror Stories”.

Before Dave began ad libbing professionally, he gained a BSc in Computer Science. He keeps pet ferrets and Chihuahuas. 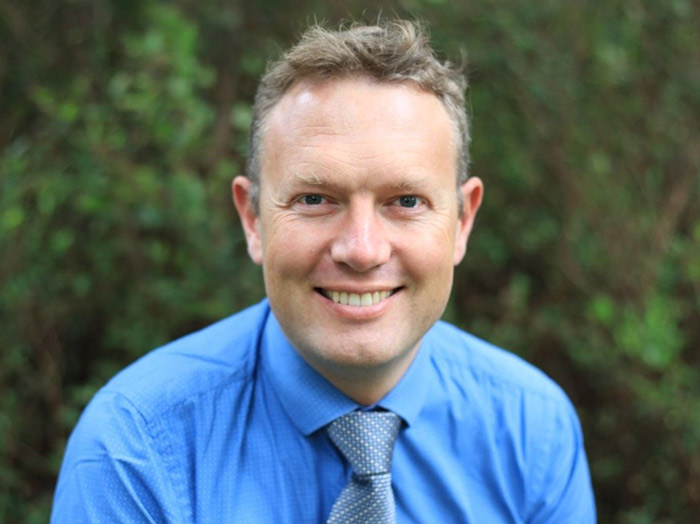 Workshop & Corporate Facilitator
Cameron holds a Masters in Engineering Management and a BSc in Mathematics and Philosophy. His favourite aspects of performance and teaching are scene work and long form narratives.

He worked in corporate finance as an analyst and manager before moving into coaching in applied business psychology. Cameron is a skilled speaker and trainer and has coached at many of the UK’s biggest firms including Nike, Virgin, Sainsbury’s, Nat West, British Telecom and Dyson. Cameron has experience in presentation coaching, and was a long-standing MC for the award-winning comedy club, the Funny Side. 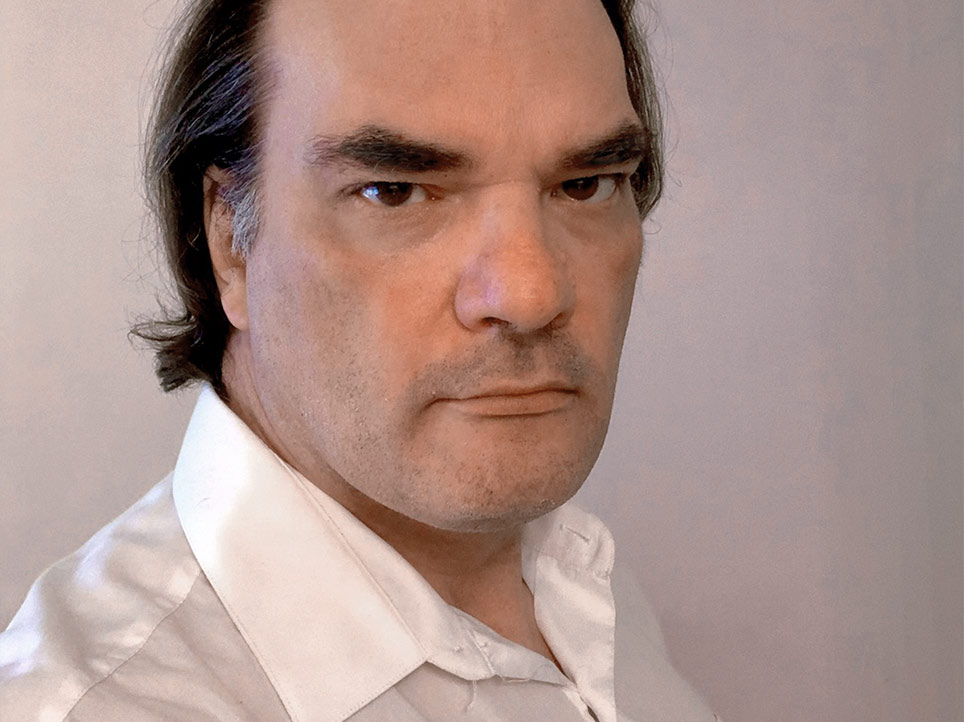 A founding member of Sprout and an experienced performer on the London stand up circuit and with London TheatreSports, Alasdair has taught the art of improvisation in London and for the British Council in Slovenia.

He represented the UK in the Edmonton Improv Festival in Canada. He has written plays and sketches that have been performed in London and at the Edinburgh Festival.

He now resides and teaches in the USA but is still closely involved in the UK organization through the magic of email and transatlantic flight. 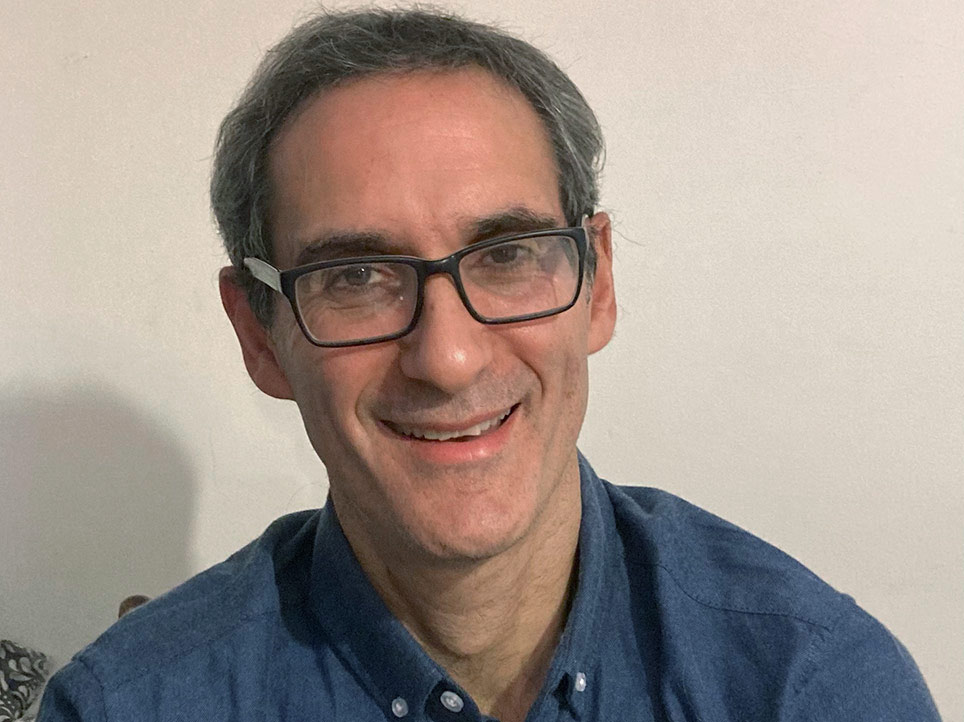 Workshop Tutor
Jonathan has a BA (Hons) degree in Contemporary History. He now works as teacher and is the head of department at his secondary school.

With 15 years of performance experience behind him Jonathan now enjoys combining his two vocations – teaching and performing. He has a wealth of experience at teaching ALL ages. 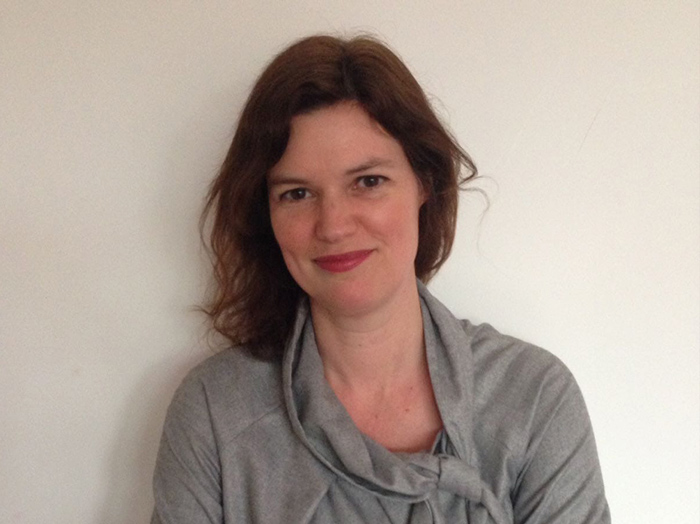 Jane trained as an actor at the Royal Central School of Speech and Drama. She has appeared in productions with the Royal Shakespeare Company, Bristol New Vic, Frinton Weekly Rep and Perth Theatre Company, WA.

Whilst in Australia she discovered improvisation and has since performed with impro companies such as Shotgun Impro and Sprout. Jane teaches improvisation at various acting schools and is particularly interested in exploring characters and relationships. 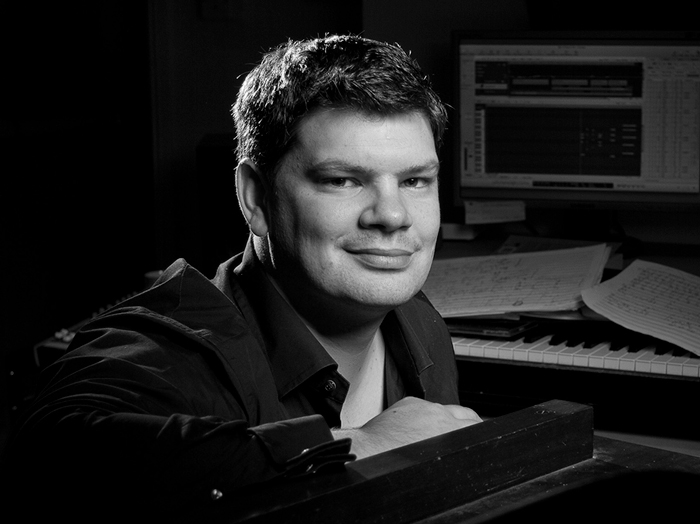 Dr Andrew Fisher (yes he really has a PhD) is a composer who writes musical theatre, film music, songs, jazz, and concert music. He can also play the piano a bit.

He is a veteran of 20 years’ experience of musical improvised comedy with which he has a love/love relationship. Andy has taught that most critically important of life skills – improvised singing – in workshops with Dave Bourn for over 10 years who really ought to pay him more. 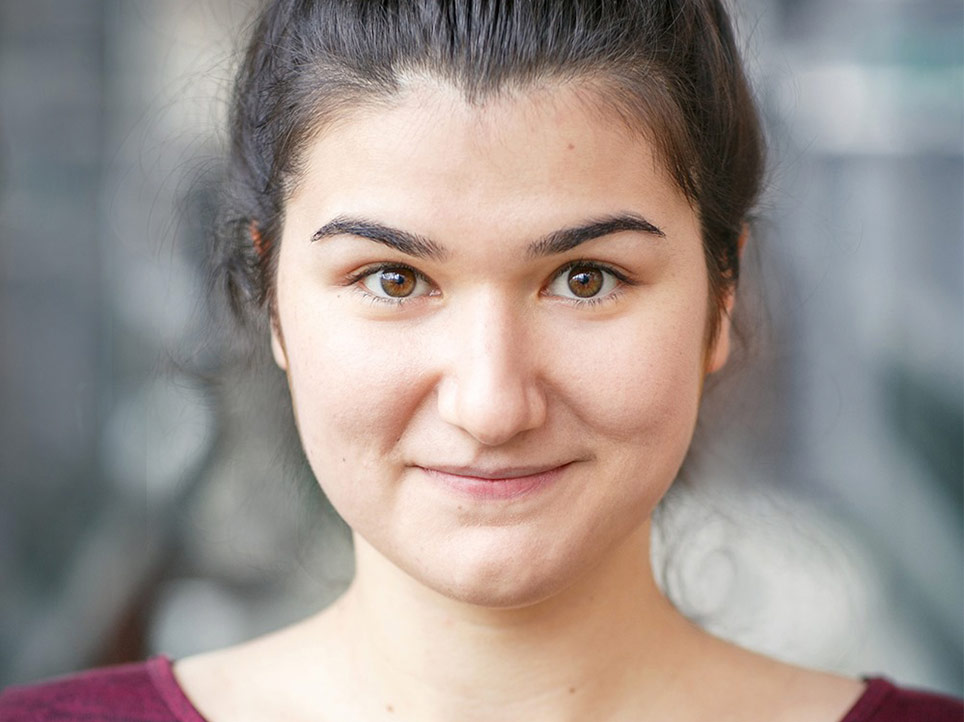 Vicki has performed in France, Switzerland, Canada and China, both in English and French. Since 2016 she settled in London where she joined the Sprouts and started sharing her nuggets of improvised knowledge, coaching workshops and leading classes for students of all ages.

She holds a couple of BAs in Cinema and Acting and loves to bring these influences into improv, whether it’s through clowning, cinematic genres or **special effects**! 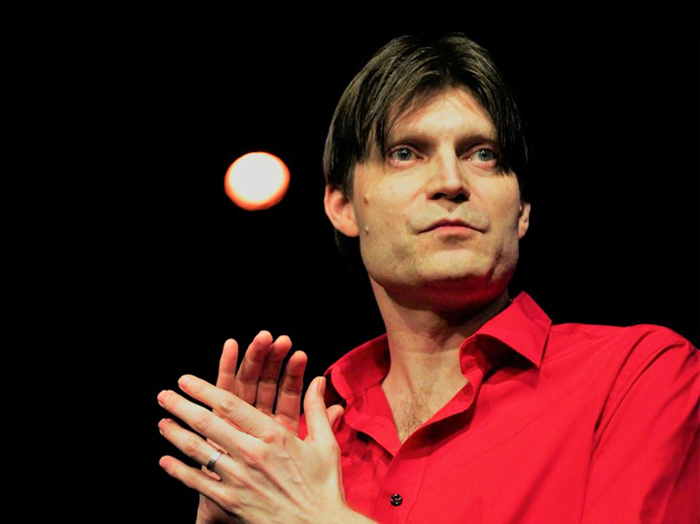 Peter started performing in London over 20 years ago, and in 2001 moved to Amsterdam. There he was a founding member easylaughs, Dizzy & the Pit Kittens and Mischler & More. In London he performs with Mørdsäga (Improvised Scandinavian Noir) and Sprout.

He teaches and coaches improv at all levels and is especially interested in storytelling, genres and finding the fun / truth in the moment. He has taught in and out of festivals all over Europe. Outside of improv he performs stand-up and played a lead in the award-winning VR short, “Nowhere.” 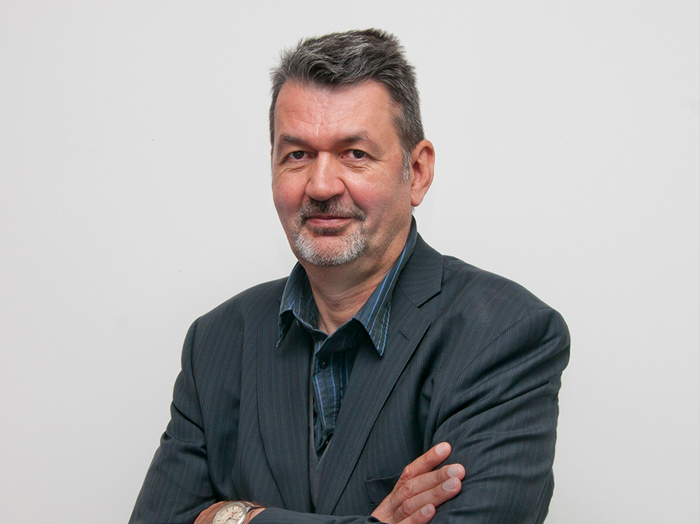 Rob is an accredited high performing team consultant and accredited executive and leadership coach (PCC) He currently works as an internal team and individual coach for partners and directors in a top global professional services firm in London.

He created the FLIP method of coaching in 2014 and has delivered FLIP training and individual coaching and mentoring sessions to organisations including HSBC, UBS, Vodafone, Thermo Fisher, Nivea, Co-Op Retail, Skanska, Travis Perkins, and Sage. He is a specialist in programmes for transition, motivation, performance, behavioural change, career impact and presentation coaching. 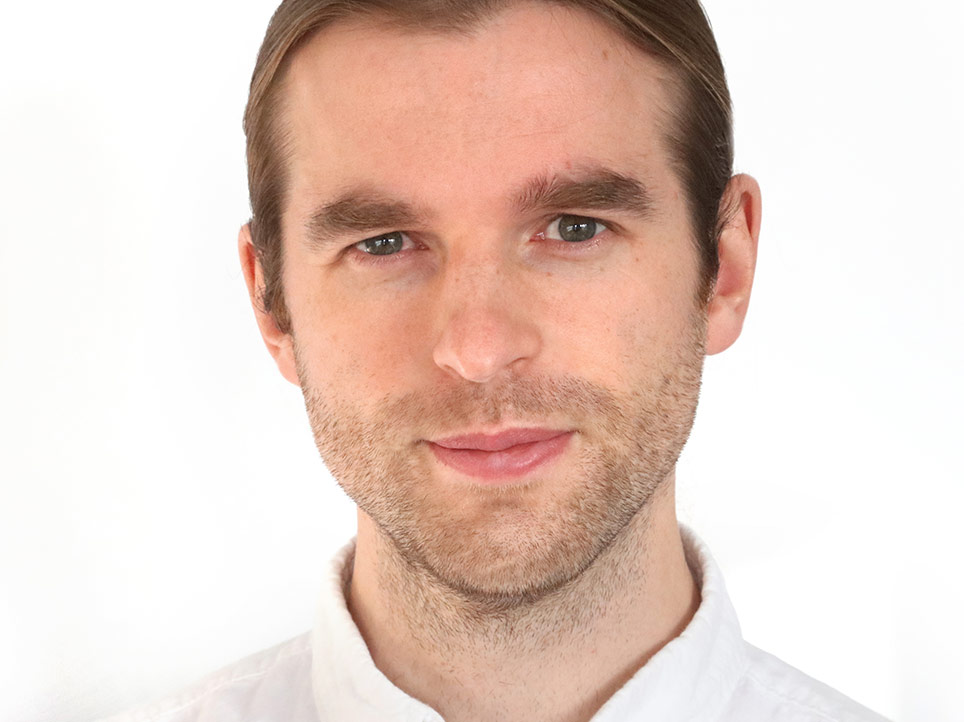 James is a trained actor and improviser. He studied improv under Dave Bourn at The University of West London and has been performing and teaching since 2012.

James has several creative strings to his bow including photography, painting, digital art and writing. James is a published poet and script writer and regularly appears in Sprout’s improv shows. For James improv offers a wonderful set of tools to unlock potential in all areas of life.

This website uses cookies to improve your experience while you navigate through the website. Out of these, the cookies that are categorized as necessary are stored on your browser as they are essential for the working of basic functionalities of the website. We also use third-party cookies that help us analyze and understand how you use this website. These cookies will be stored in your browser only with your consent. You also have the option to opt-out of these cookies. But opting out of some of these cookies may affect your browsing experience.
Necessary Always Enabled

Any cookies that may not be particularly necessary for the website to function and is used specifically to collect user personal data via analytics, ads, other embedded contents are termed as non-necessary cookies. It is mandatory to procure user consent prior to running these cookies on your website.